Why more kids are learning — and enjoying — yoga 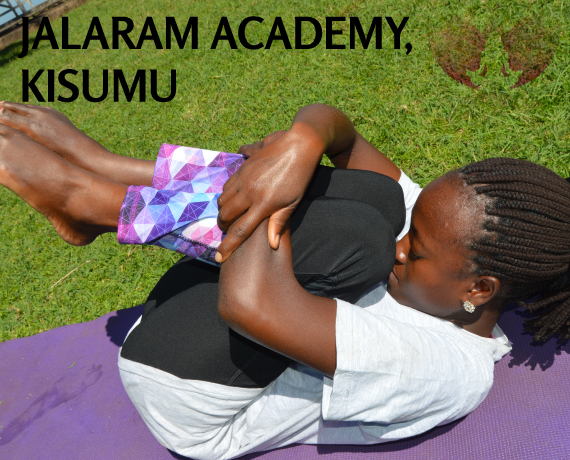 Why more kids are learning — and enjoying — yoga

As I stepped on the sharp edge of a Lego buried in our carpet, my temper snapped. “That’s it! I’ve asked you five times to brush your teeth and put away these toys. It’s way past bedtime!”

My 5-year-old son looked up at me over the elaborate helicopter he was building. “Mom, maybe you should take a belly breath.”

My scowl turned into a smile. I’d started teaching him a few yoga poses and breathing exercises at home, like how to dive into dolphin pose to get out the wiggles or explode with a “volcano breath” when his little sister made him mad.

And now here he was, teaching the teacher. I took his good advice and felt more levelheaded after a deep breath.

Although I’ve practiced and taught yoga for two decades, I’ve only recently realized its value for kids. And I’m not the only one: From toddlers to teens, yoga for children is more accessible than ever before. Defined as the union of mind and body, yoga includes everything from simple deep breaths to mellow seated stretches to complex strength-building poses.

According to an article published on the Harvard Health Blog, 3 percent of all children in the United States are practicing yoga — many of them in schools.

The goal of yoga is to generate self-awareness, which teaches kids to recognize their emotions. While it doesn’t erase feelings, yoga can give them a way to process frustration, anger or sorrow in a healthy way. This in turn helps kids learn to act thoughtfully rather than react impulsively.

Kids who practice yoga can learn to tune into their body’s sensations — like butterflies in the stomach, clenched fists or sweaty palms — and then use breath and movement to address uncomfortable feelings before they get out of control.

In recent study from MIT on the effects of an eight-week mindfulness program (comprising breathing exercises), sixth-graders reported feeling less stress and fewer negative emotions after the program. Brain scans revealed reduced activation of their amygdala, the region in the brain that processes fear.

“These results show that yoga’s benefits extend beyond the meditative state — it can change how the brain responds to everyday stressors,” said John Gabrieli of MIT’s McGovern Institute for Brain Research.

But the positive results tend to fade once the mindfulness practice stops, Gabrieli said. “Like with healthy eating or physical exercise, a consistent daily experience is important.”

One way to ensure that the benefits of yoga extend beyond school-based or extracurricular programs is to encourage kids to practice at home, too.

“Yoga can help kids regulate their own energy, which is a universal goal for parents,” said Ann Huber, program director of YogaKids, a teaching certification program.

One way to do that is by watching an online video together, such as one of the Cosmic Kids yoga stories — books are also available. Co-founder Jaime Amor said that her “yoga adventures” are perfect for parents who aren’t comfortable with initiating yoga themselves. Since so many schools offer yoga programs, kids may be the ones introducing their parents to yoga instead of vice versa.

“Let the kids lead you,” Amor said. “Often they are better than adults at doing the movements, which is a great way to build their confidence.”